Allan Marain is a New Jersey drunk driving DUI lawyer. He is a past chair of the New Jersey State Bar Association Municipal Court Section. He has forty-five years experience.

New Jersey DUI lawyers scrutinize the entire situation for issues such as these. These are issues that can mitigate the penalties or, in some cases, result in complete dismissal of the charge.

Drunk driving. Driving While Intoxicated (DWI). Driving While Under the Influence (DUI). In New Jersey, they all mean the same thing. The principal New Jersey statute that deals with DUI is N.J.S. 39:4-50.

Under N.J.S. 39:4-50, four different activities constitute DUI. Those activities are committed when a person: 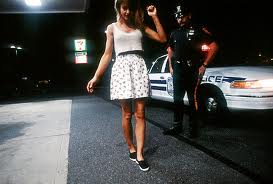 Under N.J.S. 39:4-50, a person can be found guilty of drunk driving (DUI) in New Jersey even when the blood alcohol content is 0.0%. This happens when the substance causing the intoxication is something other than alcohol. That “something” can be marijuana, heroin, LSD, or any other so-called controlled dangerous substance. Moreover, the intoxication can arise even from substances that are completely legal in NJ. Thus various medications, even when taken under prescriptions issued by a physician, can cause a person to be “under the influence.”

New Jersey penalties for drunk driving (DUI) are among the most severe in the country. Loss of driving privileges is always imposed. For a first offense, depending on circumstances, this loss will vary from three months to two full years. The direct fine for a first offense ranges from $250.00 to a manageable $800.00. Added to that will be a still-manageable surcharge of $100.00, and a DUI enforcment fee of still another $100.00. This, however, is just the beginning. The indirect costs are staggering. For openers, following conviction for DUI, the New Jersey Motor Vehicle Commission will impose an additional surcharge of $1,000.00 per year for each of the next three years. Nine insurance points will be assessed. Ability to obtain car insurance will become severely limited, or impossible. Two sessions at an Intoxicated Driver Resource Center (IDRC) will be required (with a fee of $75.00 per session). There will be an eventual driver license restoration fee. The “ordinary” driver restoration fee is $100.00. The driver restoration fee for DUI suspenstions, however, is $200.00. Still on just a first offense, the driver is exposed to a jail term of up to thirty days. Installation of an ignition interlock device may be required.

Not surprisingly, New Jersey penalties for subsequent drunk driving (DUI) convictions escalate. When the DUI conviction tally becomes three or more, the court fine becomes $1,000.00 to $2,000.00. Incarceration for 180 days becomes mandatory. New Jersey license suspension becomes ten or, under certain circumstances, twenty years. Only one interpretation of the law favorable to the motorist exists: In the rare circumstance that the motorist was previously convicted of refusal and not convicted of DUI, a present conviction of DUI in New Jersey will be treated as a first offense, and not as a second.

Refusal of a motorist to submit to an alcohol test when validly arrested for DUI is a separate offense. Its citation is N.J.S. 39:4-50.4a. New Jersey penalties for refusal are almost identical to the penalties for the DUI itself. Moreover, following a valid New Jersey DUI arrest, when the motorist refuses to submit to a breath test, the judge is permitted to draw an adverse inference concerning what the results would have been. If the motorist is convicted of both DUI and refusal, the court will impose separate penalties on each. Periods of driver license suspensions can be consecutive.

On August 23, 2019, Governor Murphy signed into law Senate Bill 824. S824 dramatically alters DUI/DWI penalties. These changes took effect on December 1, 2019. For the most part, these changes greatly benefit New Jersey drivers. These changes affect much of the information in the two penalty sections above. DUI Lawyers in New Jersey have been busily representing their clients and, to date, are still trying to find the time to update these penalty sections.