A detailed description of these different focuses is beyond what this discussion can provide. 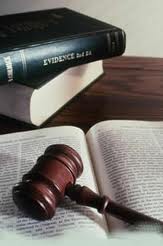 What this discussion does do is to set forth, in broad strokes, how appeals to particular New Jersey courts differ from one another. The overview that we provide is accurate. However, exceptions exist to much that we will present. These exceptions for the most part will be beyond what we can cover here.

Despite all the information that we omit, this page is quite long. We considered breaking up this discussion into separate pages. In the end, however, various reasons persuaded us that the different levels of appeal were better presented here in a single page. We provide headings to help readers navigate to whatever portion might be of most interest to them.

Appeals from Municipal Courts in New Jersey to the Superior Court of New Jersey, Law Division:

Charges in New Jersey municipal courts typically involve violations of local ordinances, traffic offenses, and disorderly persons offenses. These charges are resolved by a judge alone, sitting without a jury. This resolution will come about either as a guilty plea, or a trial. Proceedings are taped.

After filing the Notice of Appeal, the Law Division will set a schedule. This schedule will include dates on which legal briefs are to filed, as well as what the appeal hearing date will be in the Law Division. What “on the record” means, however, is that what happens on this appeal hearing date will be based upon the record that was made in municipal court. That's where the stenographic transcript comes in.

As mentioned above, when the appeal is filed, the defendant (or his lawyer) is required to order this stenographic transcript of all proceedings in the municipal court. Evidence that the Law Division judge will consider is normally limited 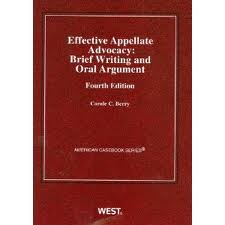 The review of the New Jersey Law Division judge is not afresh, however, when what is involved are determinations concerning credibility of witnesses. In the course of rendering his original decision, the municipal court judge will have placed on the record his assessment of the “credibility” of the testifying witnesses. This “credibility assessment” is just a fancy term meaning the judge is saying which witnesses he believes, and which witnesses he does not believe. The Law Division judge will normally defer to these credibility findings. The reason for that deference is that since this appeal is “on the record,” it is only the municipal court judge who will have had the opportunity to actually see the witnesses, observe their demeanor, and their body language. The Law Division judge, not having that opportunity, therefore, will rely upon remarks that the municipal court judge placed on the record.

The discussion above assumes that it is the defendant who is appealing. This assumption is correct perhaps ninety-nine percent of the time. On rare occasions, however, it is the prosecutor who is appealing. These appeals will never occur after a full trial because if the State lost after a trial on the merits, the defendant is protected from a new trial by the Double Jeopardy clause of the Article I, section 11 of the New Jersey Constitution, and by the Fifth Amendment of the United States Constitution. Sometimes, however, the case in municipal court will have concluded in a manner by other than a full trial. One example of this might be the State appealing (more accurately, seeking leave to appeal) from the granting of a motion to suppress evidence. The suppression motion is not a trial on the merits. Therefore the defendant has no double jeopardy protection from such an appeal

If the jury, or the Law Division judge, rules in the defendant's favor, the case is normally over. The State has no right to appeal that ruling since such appeals would violate the defendant's constitutional protection against being exposed to “double jeopardy”. A major exception, however, is when the ruling that ended the case in the Law Division was based upon a legal issue, as opposed to a finding of guilt or innocence after a trial. The State often does have the right to appeal from such issues. If the matter in the Law Division involved an expungement, any dissatisfied party will have the right to appeal. This is because no constitutional double jeopardy protections exist concerning expungement decisions.

As with appeals from municipal courts to the Law Division, the defendant will be required to prepare and file a brief. Preparation of this brief is highly technical. It must contain a procedural history, a statement of facts, legal arguments, and a conclusion. Formal briefs must have a Table of Contents, and a Table of Authorities. It may include a preliminary statement. It is also necessary to prepare and file an "appendix" to the brief, and a Table of Contents to the Appendix. The appendix will consist of documents already made part of the record, as well as additional documents specified in New Jersey Rules of Court. The Appellate Division normally issues a scheduling order after the appeal is filed. This scheduling order specifies when each brief and appendix is to be filed. 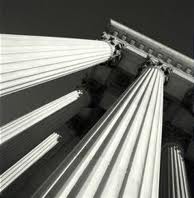 occurs only if one of the parties makes a specific request for it. This request must be in writing. The request must be filed very shortly after briefs are submitted. When no request is made, oral argument will be held only if the Appellate Division judges decide on their own that they want it. That sometimes happens, but very rarely.

The appeal in the Appellate Division will ultimately be decided by a panel of judges. The number of judges on this panel will be either two or three. When there is no oral argument, the judges will decide the appeal solely upon the briefs and appendices submitted. When oral argument is held, the panel, at the conclusion, “reserves decision.” Thus, regardless of whether there is oral argument, the Appellate Division notifies the parties of the outcome of the appeal by mail, or by email.

Dissatisfied parties have a right to appeal to the Supreme Court of New Jersey only in limited circumstances. Generally, these circumstances are when a judge on the Appellate Division panel that decided the appeal disagreed with the outcome there; or where a “substantial” constitutional issue exists.

Where no right to appeal exists, a dissatisfied party may ask the Supreme Court of New Jersey to review the matter anyway. This is done by what is called a “petition for certification.” This petition for certification takes the form of a brief. It must also include an appendix. The contents of this brief and appendix are very different from the brief and appendix that will have been previously filed in the Appellate Division. 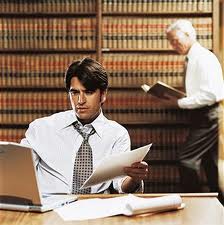 After jumping through these hoops, the Supreme Court of New Jersey will grant the petition for certification only under very limited circumstances. In most instances, that Court will refuse to consider the case at all. Where the Court does grant certification, the matter will largely proceed thereafter the same as if it were an appeal taken as of right. Where a right to appeal to the Supreme Court of New Jersey does exist, the deadline for filing a notice of appeal is forty-five days. That time begins to run when the Appellate Division renders its decision.

The lawyer who represents a defendant at any given level of proceedings need not be the lawyer to represent the defendant on the next (or first) level of appeal. Sometimes a single lawyer does handle a case all the way up the ladder. However, it is not uncommon for a new lawyer to be brought in at any particular level of appeal. Advantages and disadvantages exist for each choice in that regard.

This entire discussion has barely scratched the surface. We have qualified various statements in our discussion with the word “normally.” Statements qualified with that word, and many that we did not so qualify, might hold true perhaps ninety-five percent of the time, or more.

Lawyers who handle appeals on a regular basis know where exceptions exist. And these lawyers know how to use those exceptions to the advantage of their clients. For that reason, and because of the complexities of appeals, and the legal system in general, help from a lawyer knowledgeable in appeals is vital.

Persons who fail to seek medical attention after contracting pneumonia sometimes get better. And persons who handle appeals without lawyers sometimes succeed. But persons who attempt to handle such matters without a lawyer are at a huge disadvantage.