Both New Jersey and federal law define the crime of arson. Persons charged with arson will be prosecuted in either State or federal court, depending on which court has jurisdiction.

This site provides a basic orientation as to both New Jersey and federal arson. The discussion on this site is rather general. These generalities will be dwarfed by the particular facts in any given arson case. Persons facing, or possibly facing arson charges need to speak to a qualified and experienced criminal defense lawyer before discussing the matter with anyone else.

A person is guilty of aggravated arson if he starts a fire or causes an explosion, whether on his own property or another's, under any of the following circumstances:

1. He purposely or knowingly exposes someone else to death or bodily injury; or

2. His purpose is to destroy a building or structure that belongs to someone else; or

3. His pupose is to collect insurance for the destruction or damage to such property under circumstances that recklessly exposed another person to death or bodily injury; or

4. His purpose in destroying or damaging a structure is to exempt the structure, completely or partially, from the provisions of any State, county, or local zoning, planning, or building law, regulation, ordinance, or enactment, under circumstances that recklessly place any other person in danger of death or bodily injury; or

5. His purpose is to destroy or damage a forest. 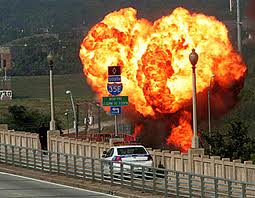 “Structure” includes any building, room, ship, vessel, car, vehicle, or airplane. It also means any place adapted for overnight accommodation of persons or for carrying on business therein whether or not a person is actually present.

New Jersey defines “forest” to include brush land, grass land, salt marsh, wooded area, and any combination thereof. This would even include open space area, public lands, wetlands, park lands, natural habitats, a State conservation area, a wildlife refuge area or any other designated undeveloped open space. New Jersey considers such areas as forests, even when they are not subject to specific protection under law.

A person is guilty of (non-aggravated) arson if he starts a fire or causes an explosion, whether on his own property or another's under any of the following circumstances:

1. He recklessly places another person in danger of death or bodily injury; or

2. He recklessly places a building or structure of another in danger of damage or destruction; or

3. His purpose is to collect insurance for the destruction or damage to the property; or

4. His purpose is to destroy or damage a structure in order to exempt the structure, completely or partially, from the provisions of any State, county or local zoning, planning or building law, regulation, ordinance or enactment; or 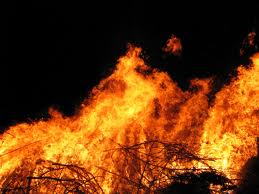 5. He recklessly places a forest in danger of damage or destruction.

When a person is convicted in a New Jersey state court of aggravated arson, it is virtually certain that the court will sentence that person to a term in State Prison. This term can be for up to ten years. Under certain circumstances it can be even longer. Even convictions for ordinary arson expose a person to a term in State Prison of up to five years. Additionally, under current New Jersey law, records relating to a conviction for any kind of arson can never be expunged. This is true regardless of how much time passes following the conviction.

Arson can also occur within the “special maritime and territorial jurisdiction of the United States.” Those arsons are investigated by the FBI. They are prosecuted in federal court, under federal law.

The federal law involved is 18 U.S.C. 81. That statute makes it a federal crime to willfully and maliciously set fire to or burn any “building, structure or vessel, any machinery or building materials or supplies, military or naval stores, munitions of war, or any structural aids or appliances for navigation or shipping.” Persons convicted of this offense are exposed to a term in federal prison of up to twenty-five years. If the structure in question is a dwelling, or if the life of any person is jeopardized, then the person, if convicted, faces a term of imprisonment for up to life.

Allan Marain is a criminal lawyer in New Jersey. He has forty-five years experience. He has successfully represented clients accused of arson and aggravated arson. Persons charged with, or suspected of

any kind of arson should meet with an experienced New Jersey criminal defense lawyer. The lawyer will need time to adequately investigate the charges and prepare a defense. It will often be necessary to find, retain, and prepare experts. Persons facing, or possibly facing, arson charges, should contact a New Jersey criminal defense lawyer immediately.