The ticket typically describes this offense as “cds in a motor vehicle.” The law specifies that it is an offense to drive a car or other motor vehicle on any highway in New Jersey while the driver knows that a controlled dangerous substance is in the car. This law makes an exception when the person obtained the substance or drug from, or on a valid written prescription of, a medical practitioner licensed to write prescriptions. “Highway” includes any street, avenue, drive, or other road publicly maintained and open to the public.

In defending against this charge, there are several issues to explore. We look at the initial stop, and the search, or other circumstances under which the police found the substance. Was it a legal, Constitutional stop? Did the police have the right to search the car? Then we turn to the requirements of the statute itself. Firstly in that regard, N.J.S. 39:4-49.1 applies only to drivers. Therefore, if the person who received this ticket was only a passenger, it will normally be possible to beat the charge. Similarly, even if the person who got the ticket was in the driver's seat, if the motor was not running, the State would have to prove that the substance was in the car at the time that the person in the driver's seat was driving the car. Thirdly, it is the burden of the State to prove that what was taken from the car was, in fact, a “controlled dangerous substance.” The 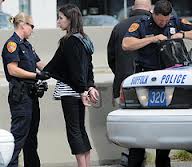 State's ability to do that should not be assumed. The scientific validity of New Jersey crime laboratory procedures is very open to challenge in court. Fourthly, the burden is on the State to prove that the driver knew that the substance was in the car. Note, however, that the person being charged need not have actually possessed the item. What N.J.S. 39:4-49.1 prohibits is merely knowing that the substance is there. Fifthly, we look at the location of the bust. If the bust was on private property, the State has the burden of proving that the defendant was previously driving the car on a public road with knowledge that the item was in the car at that time. When none of these defenses are available, or if the accused person prefers not to take his chances at trial, experienced lawyers are often able to negotiate a disposition of the charges with the prosecutor that will avoid the horrible consequences of a conviction on this offense.

You Need a Lawyer Now: