Domestic violence restraining orders impose huge hardships upon defendants. These orders can require a defendant to leave his or her residence and find a new place to live. At the same time, the defendant can be ordered to pay living expenses of the plaintiff. The defendant can be barred from all communications with the plaintiff, either directly or through third persons. And the restraining orders will always prohibit possession or purchase of firearms. Under federal law, this ban will be nationwide.

Despite their name, domestic violence restraining orders can be issued even when nothing that the defendant did was violent. In the case of trumped up charges, the defendant need not have committed any improper act at all.

As explained below, New Jersey domestic violence restraining orders never expire automatically. However, upon application, the New Jersey court that issued the order can remove it.

What Is a Domestic Violence Restraining Order?

We begin by discussing what a restraining order is, generally. We can then move on to Domestic Violence Restraining Orders in particular.

Concerning the first condition, a number of situations may give rise to this protected relationship. These situations include the following:

And the alleged Act of Domestic Violence required for the second condition can be any of the following:

Criminal charges are often filed against the defendant at the same time that a restraining order is sought. The domestic violence and criminal complaints both arise from the same incident. However, the courts treat them as separate proceedings. They proceed on separate paths, and in front of different judges. It is much easier to make a case for one, as opposed to the other. And the potential consequences for each are very different.

Criminal charges require proof beyond a reasonable doubt. Domestic Violence Restraining Orders do not. Persons seeking a DVRO only need prove their case by what the legal system calls a “preponderance of the evidence.” That is just a fancy phrase that means that the allegations are more likely true than not. The person who makes that determination is a single judge. If that single judge has doubts whether the plaintiff is telling the truth, the judge will often resolve those doubts in the plaintiff's favor. This is because many judges live in fear that if they refuse to grant the Order, the defendant may do something violent against the plaintiff, resulting in unfavorable publicity for the judge in newspapers, on television, and on You Tube. For all those reasons, it is much easier for a plaintiff to get a restraining order than it is for the State to prove the alleged criminal charge upon which the restraining order is based.

A domestic violence case starts in New Jersey when a plaintiff seeks a Temporary Restraining Order (TRO) from the court. If the court finds that good cause exists, it may issue the TRO. This TRO can be based on a plaintiff's allegations alone. And this can all be with no prior notice to the defendant. The court then arranges for a court officer, a sheriff's officer, or a local police officer to serve a copy of the TRO upon the defendant.

When the TRO is served on a defendant, he or she is legally required to comply with its provisions immediately. They must obey the order even if they had no opportunity to dispute the plaintiff's claims in court. And as we explain below, the TRO may require that the defendant, among other things, immediately vacate his or her home, and cease all contact with his or her children.

Finally, after a TRO is served on a defendant, he or she is given the opportunity to appear at a hearing. At that hearing, the court will consider the plaintiff's request for a Final Restraining Order (FRO). Plaintiffs at this hearing are only required to prove their case by a preponderance of the evidence. “Preponderance of the evidence” is just a fifty-cent phrase that means more likely than not. The applicable standard is not “beyond a reasonable doubt.”

Defendants receiving a TRO must act with no delay because the final hearing is scheduled quickly. “Quickly,” here, means usually within ten days after issuance of the TRO. Thus there arises an urgent need to obtain a skilled New Jersey domestic violence lawyer, and give that lawyer as much time as possible to prepare for the hearing. This preparation is crucial, for at least four reasons.

A Domestic Violence Restraining Order seriously disrupts the life of the person controlled by it. The Order imposes obligations on the defendant that are inconvenient and highly intrusive. We discuss some of these restrictions below.

The New Jersey Domestic Violence Restraining order (DVRO) almost always bars all contact with the plaintiff. This bar applies at his or her home, place of employment, school, or at any other specified place the plaintiff frequents. The order bars direct, face-to-face contact. In addition, the Order bars contact through others. Thus the order specifies that the defendant cannot contact the plaintiff by notes, letters, phone calls, emails, text messages, or even contact through third parties. 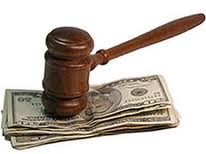 A restraining order may grant the plaintiff exclusive possession of any residence that the parties shared. To make matters worse, it can require the defendant to continue making rent or mortgage payments on the property. What this means is that if the parties had been living together, the defendant must leave the home and make arrangements to live elsewhere. This requires that the defendant pay for the new location as well as continue to pay costs for the original residence.

If the parties have minor children together, the Order may grant the plaintiff temporary custody of the children. The Order may entirely eliminate or severely restrict the duration and circumstances of the defendant's contact with his or her own children.

Person subject to a Domestic Violence Restraining Order are barred from purchasing or possessing firearms, or obtaining a firearms purchasers' permit. N.J.S. 2C:25-21d(1)(b) allows a judge issuing a restraining order to authorize a search for and seizure of firearms the defendant may have, and transfer those firearms to the county prosecutor. The county proseutor may later seek the permanent forfeiture of any firearms seized, and revocation of any firearms purchasers' permit (FID card) issued that the defendant may have. Following such seizure, N.J.S. 2C:25-21d(3) requires the prosecutor either to return the firearms to to the owner within forty-five days, or to ask the court within that time to grant an order forfeiting the weapons.

The mere existence of a restraining order creates other problems for a defendant. It poses a threat to their employment should a current or future potential employer discover it. In addition, the order is recorded in databases kept by government agencies. As a result, a defendant may suffer the embarrassment of being detained and questioned about the order at customs when entering or leaving the country. As indicated above, it affects the ability of a defendant to legally obtain or possess firearms. Obtaining or possessing firearms while the order remains in effect is a New Jersey crime. It is a federal crime as well. For these reasons, going to court to vacate a restraining order as soon as possible is more than prudent. It is important both to a defendant's financial security, as well as peace of mind.

A person found by a police officer to have violated the terms of a Domestic Violence Restraining Order must be arrested. That person will remain in custody until a judge sets bail, and the bail is posted. Depending upon the circumstances, persons violating a restraining order may also be subject to criminal prosecution. That prosecution can be for a felony (in New Jersey terminology, a “fourth degree crime”). Upon conviction, the defendant is exposed to a fine of $10,000.00 and up to 18 months in prison. Violating the restraining order in some cases is treated as a disorderly persons offense. In that situation, the defendant is exposed to a fine of $1,000.00, and up to six months in jail. Persons convicted of a second or subsequent disorderly persons violation of a restraining order must serve at least thirty days in jail. Also, a court considering whether to lift a restraining order will regard a violation as cause to deny a defendant's request.

In New Jersey, domestic violence final restraining orders remains in place forever, unless the Order is lifted (“vacated”) by a subsequent court order. A plaintiff alone may not free the defendant of his or her obligation to comply with the order. Passage of time, even many years, does not undo the order.

Many times a plaintiff invites the defendant to resume their former relationship and ignore the order. Such invitations are often made in good faith. Sometimes, however, it is just a trap. Regardless, it is very dangerous. Unless the court has vacated the order, a defendant still risks arrest and criminal charges for violating the order. And even when the plaintiff extends that invitation in good faith, a later argument, or souring of the relationship, or even a complaint by a meddlesome mother-in-law, or new boyfriend / girlfriend gives the plaintiff, plaintiff's family members, and others a huge sledgehammer to use against the defendant. 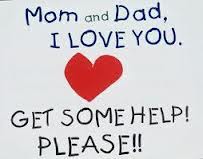 A DVRO can be vacated “for good cause shown”. Removing, or vacating, a restraining order begins by filing a motion with the court. The motion must comply with all requirements established by statute, court rules, and special standards relating to disposition of domestic violence matters. The law requires that courts carefully examine all relevant circumstances. Success in vacating a restraining order requires a thorough and persuasive factual presentation supporting termination. In such an application the court will consider numerous factors. These factors were specified in a case called Carfagno v. Carfagno, 288 N.J. Super. 424 (Ch. Div., 1995). They include:

You Need a Lawyer

Allan Marain has been a trial lawyer in New Jersey for

for over forty years. As indicated above, domestic violence matters in New Jersey, once begun, move through the courts quickly. Mr. Marain is available at no cost to confer with you about your situation. Call him!