The New Jersey Criminal Code statute that defines hazing is N.J.S. 2C:40-3. Under that New Jersey statute, hazing relates to activities in connection with initiation of applicants to, or members of, a student or fraternal organization. The specific activities that constitute hazing are those that place, or may place, another person in danger of bodily injury. The definition specifically excludes competitive athletic events. It is unlawful to promote, facilitate, or engage in hazing. N.J.S. 2C:40-4 specifies that the fact that the person being hazed consented is not an allowable defense for the person charged with hazing.

The hazing penalties indicated above were enhanced by a law that takes effect on March 1, 2022. This enhancement is more popularly known as 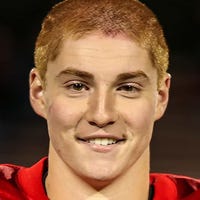 Timothy J. Piazza's Law. Its title honors a dead sophomore from Pennsylvania State College. That genius drank himself to death while undergoing fraternity hazing. So the New Jersey Legislature's knee-jerk reaction was to elevate hazing to a fourth degree crime when the initiation rites place someone in danger of bodily injury. No bodily injury need actually happen. If serious bodily injury does occur, the hazing becomes a third degree crime.

Charges arising from the hazing statute itself are only one of a person's criminal worries. Depending on extent of actual harm that may result from hazing or, in some cases even without actual harm, other charges can ensue, some much more serious. This is graphically illustrated in the Timothy J. Piazza matter. Criminal charges were filed against twenty fraternity members. Those charges included involuntary manslaughter, reckless endangerment, tampering with evidence, furnishing alcohol to a minor, and other unlawful acts relating to liquor. The outcome for the brothers has been convictions, probation and, for some, jail sentences.

Persons subjected to peer pressure to participate in hazing are cautioned of the dangers, as just indicated. Participants and, especially, participants in a situation where someone is injured or killed, must urgently speak with a criminal defense lawyer. They must speak with a criminal defense lawyer before speaking with anyone else. “Anyone else” includes other fraternity brothers, a university investigator, a university disciplinary commmittee and, most especially, police investigators. The danger to participants' future is real. It cannot be stressed too strongly.

Allan Marain is a New Jersey hazing lawyer. He has been representing persons charged with New Jersey crimes and disorderly persons offenses for forty-five years. He is available to review hazing charges against you or someone you love, in a confidential one on one no-cost office conference. If you have been charged with hazing in New Jersey, or if you may be charged with hazing, call him. He can help.