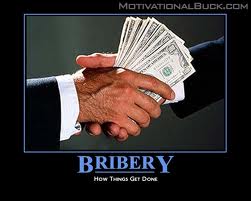 A special situation exists, however, when these offenses are committed by someone who works for the government. Those situations will typically give rise to an additional offense called “official misconduct.”

Example One: A building inspector solicits a bribe to overlook code violations. That building inspector is guilty of attempted bribery. But he is also guilty of the additional crime of official misconduct. This additional crime arises from the fact that it was the inspector's government position that put him in a position to solicit the bribe in the first place, and the solicited bribe related directly to the official's government function. 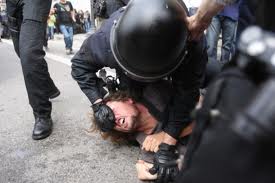 Official misconduct in New Jersey can also occur when a government official refrains from performing a duty that his position obliges him to perform. This refraining must, however, be for one of the specified purposes imposed by the New Jersey official misconduct statute. That is, his refraining must be for the specific purpose of obtaining a benefit for himself or others, or for the purpose of injuring another, or depriving him of a benefit. An example of this might be where our building inspector refrains from issuing a certificate of occupancy solely on account of a personal grudge that the inspector holds against the applicant.

Allan Marain is a New Jersey criminal defense lawyer. He has been in practice for forty-five years.

He knows his way around. He has successfully guided thousands of New Jersey clients through first-, second-, third-, and fourth degree charges. He has successfully defended charges of both “street crimes” and so-called white collar crimes like official misconduct. If you have been charged with an offense in New Jersey, either State or federal, he is available to review your situation in a private, confidential, no-obligation conference. He would welcome your call.