When a New Jersey driver is convicted of violating various motor vehicle laws, two different kinds of “points” can be imposed. These kinds are moving violation points, and insurance eligibility points (often simply referred to as “insurance points.” The rules governing the two are very different. The consequences for each are also very different. On this page we explain the two kinds of points. We explain very briefly how to get them, how to lose them, and consequences of having them. The information that we provide on this page is only an overview. We provide more detailed explanations on a different web site that we maintain, http://www.NJDriversLicenses.com. We provide links to relevant pages of that site where appropriate.

Moving violation points are the kind of points that are most visible. The reason for their visibility is that, once their number reaches a critical level, the New Jersey Motor Vehicle Commission (formerly the New Jersey Division of Motor Vehicles) suspends your driving privileges. Points, therefor, are a great thing to not have. 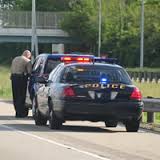 Motor vehicle points decrease over time. The rate of decrease is three points per year. This decrease occurs however only if, during the preceding year, there were no new moving violations. Also, the decrease occurs only if driving privileges were in good standing during the entire one-year period. If either of those conditions are not satisfied, the one-year clock starts ticking anew from the date of the most recent violation, or restoration of driving privileges, whichever comes last.

Sometimes a motorist has points on the date of a violation that, when added to points to be assessed on account of the new conviction, will put the number of points over the limit. (We discuss what this limit is later in this section.) The motorist may try to postpone the court date until passage of time causes some of the existing points drop off. That tactic will fail. The reason it fails is because, once a conviction occurs, points arising from that conviction are imposed retroactively to the date of the violation.

Let's look at how all this works in practice. On January 1, 2014, Lisa has eleven moving violation points on her New Jersey driver's license. Her most recent violation was on April 1, 2013. Her driving privileges have been in good standing the entire year since then. Therefore she is scheduled to lose three points on April 1, 2014. However, on March 15, 2014, she receives a summons for failure to maintain lane, N.J.S. 39:4-88. Failure to maintain lane is a two point offense. She goes to court on April 16, and the judge finds her guilty.

On April 1, 2014, her moving violation point count decreases from eleven to eight, right on schedule. The April 1 reduction proceeds on schedule because, as of that date, she has not yet been found guilty of the March 15 charge. But on April 16, she is. The effect of that conviction is that the three points that she lost on April 1 are retroactively restored. The reason for the points restoration is that she was convicted of a moving violation, and that violation occurred during the year that preceded the points reduction. She also accumulates two additional points for her N.J.S. 39:4-88 conviction. If Lisa obtains no further moving violation convictions, the number of points that the New Jersey Motor Vehicle Commission will report will depend on when the points inquiry is made, as follows:

Suppose Lisa somehow finds a way to postpone her court appearance until all of her moving violation points disappear. The end result would still be exactly the same. The only date that affects the ultimate points assessment is the date of the violation. Regardless of when the conviction is entered, the number of points from March 15, 2014, to April 15, 2014, will be adjusted retroactively to thirteen. All numbers after April 15, 2014, stay the same.

When the number of points reaches twelve, the Motor Vehicle Commission sends a Notice of Scheduled Suspension. The notice indicates the date that the suspension is scheduled to take effect, and the length of the Scheduled suspension. In the extreme example just presented, all of Lisa's points have already disappeared, because she somehow delayed her court appearance. That does not save her. The eventual posting of the March 15, 2014, violation causes Lisa's moving violation points as of March 15, 2014, to be readjusted. Even when that readjustment occurs years later, the MVC computer will flag her record and cause issuance of a Notice of Scheduled Suspension.

When MVC sends a Notice of Scheculed Suspension, your suspension is not yet written in stone. Steps are available that can lessen the impact of this notice. Do not resign yourself to the suspension proposed in the notice. 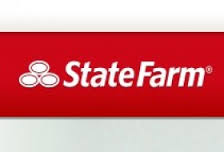 There are some violations that carry no moving violation points but that do result in insurance eligibility points. One example of this is driving while driver's license has been suspended. Another example is driving while intoxicated (DWI or DUI). Still another example is driving without insurance. Convictions for any or all of these offenses cause no motor vehicle moving violation points, but results in nine insurance eligibility points each. Regulations that specify the number of moving violation points are adopted by the Motor Vehicle Commission. Regulations that specify number of insurance eligibility points are adopted by the Commissioner of Banking and insurance. Persons having access to a law library will find those regulations in the appendix to N.J.A.C. 11:3-34.5.

If your New Jersey driving privileges are in danger, call them. They can help.