“Possession.” Possession of what?

When judges try to tell jurors what possession means, the judges typically use legal mumbo-jumbo that confuses everyone: “To possess an item under New Jersey law, one must have a knowing, intentional control of it, accompanied by a knowledge of its character. So, a person who possesses the item must know or be aware that he possesses it, and he must know what he possesses or controls is, in fact, that item.” Yikes! Let's try that again, this time in plain English: You possess something when you have it, you know you have it, you know what it is, and you intend to do something with it.

Possession Is Not Ownership:

It is important to distinguish between possession and ownership. They are two different things, even though often related. A person need not own something in order to possess it. Conversely, a person can own something without possessing it. Thus if Elaine burglarizes your home and makes off with your jewelry, she is now in possession of stolen property, but she does not own it. Using the same example, when the homeowner returns and discovers her jewelry missing, she still owns her jewelry but, for the moment at least, she no longer has possession of it.

Two or more people can possess the same item at the same time. Under New Jersey law, that is called “joint possession.” An example of joint possession is two people carrying a stolen ladder, one at each end. Or maybe a team collectively is keeping watch over a large sack of baseball equipment that will be passed out to team members when they arrive at the playing field. Or a married (or, for that matter, unmarried) couple may share use of a TV, or a computer. In criminal court cases, joint possession issues typically arises where two or more persons are together, and drugs are found on one of them, or very near to where they are. Another situation that arises from time to time is when a gun, or other weapon, is found in a car that is occupied by more than one person.

These examples also lead to another kind of possession that New Jersey law recognizes. This is what is called “constructive possession”. With constructive possession, the “possessor” does not actually have the item in question on his person. However, he is aware that the item is near by, he has the ability to exercise control over it, and he actually intends to do so. To illustrate, let us consider again the ladder and the TV. 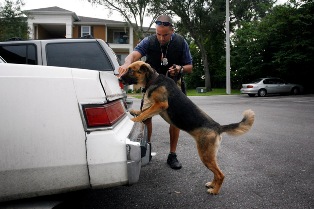 In the case of the ladder, the two people carrying it both possess it. It is not in their constructive possession, because they are actully carrying the ladder. Thus they are in “actual” possession of the ladder. The TV example is different. One or more persons across the room watching the tube are (obviously) not holding or carrying it. But the TV is in the room with them. They know it's there. They know what it is. They not only have the intention of exercising control over it, but they are able to do so. The remote in the wife's hand is a pretty good indication of that. They thus satisfy all the requirements for constructive possession.

A person can be charged with possession even though he is not possessing the item in question at the exact moment that cops see and arrest him. For example, Eloise gives fake ID to underaged Helen, her roommate, so that Helen can gamble in Atlantic City. Helen enters the casino using that fake ID, and is caught trying to play the slots. Helen, obviously, is in actual possession of the fake ID that Eloise gave her. If Helen then dimes out Eloise, then Eloise, too, might be charged with possession of the fake ID. Of course Eloise was not in possesson at the moment Helen was caught, but Eloise was in possession of it earlier. The statute of limitations on most possession offenses in New Jersey is five years.

One more type of possession that New Jersey law recognizes is “fleeting possession.” With fleeting possession, a person receives an item, becomes aware of what the item is and, upon obtaining that awareness, immediately relinquishes control of it. For example, a customer gives a storekeeper a counterfeit fifty dollar bill. The storekeeper, upon looking at the bill, sees that it is counterfeit. She immediately gives the phony bill back to the customer. Here, the storekeeper did possess the bill for a few seconds but, upon realizing that it was counterfeit, gave it right back. The storekeeper's possession of the bill in that example, is considered to be fleeting. When possession of an item is an element of an offense, establishing that the possession was only fleeting is a good legal defense to that charge.

The experienced New Jersey lawyer will recognize possession issues when they exist. He will analyze those issues to determine whether they are issues that a jury might consider favorably. Finally, when the possession is an issue that the jury will need to consider, the lawyer can explain it to jurors understandably, rather than in the confusing manner that judges often use.

Allan Marain and Norman Epting, Jr. have successfully handled countless cases where possession was an issue. They would welcome the opportunity to apply their experience to your situation.