Elaboration Upon the Theft Componant of Robbery

New Jersey law specifies that “in the course of committing a theft” includes events happening while attempting to commit the theft. It also includes immediate flight after the attempt or commission. And, of course, it includes acts happening during the theft itself. New Jersey defines theft as an unlawful taking, or exercise of unlawful control over, property of another with purpose to deprive him of that property. Thus if your lawyer can cast reasonable doubt on whether a theft (or attempted theft) even happened, an accused person cannot be convicted of robbery.

How a Theft Becomes a Robbery

Now let's look at those activities that elevate a theft into a robbery. There are three:

1. Inflicting bodily injury, or using force, upon another;

2. Threatening another with, or purposely putting another in fear of, immediate bodily injury;

3. Committing or threatening immediate commission of a crime of the first or second degree.

Each of these three additional factors 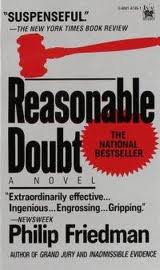 Concerning Threat To Commit a Crime

The third and final additional event that New Jersey can use to establish robbery is that, still while in the course of commiting a theft, the accused person committed or threatened immediately to commit a first or second degree crime. Examples of first or second degree crimes include kidnapping, arson, sexual assault, and possession of various controlled substances with intent to distribute.

Robbery by itself is a second degree crime. However robbery becomes a first degree crime when the actor is armed with, or uses or threatens the immediate use of a deadly weapon. New Jersey even defines for us “deadly weapon”. A deadly weapon is any weapon known to be capable of producing death or serious bodily injury or which, in the 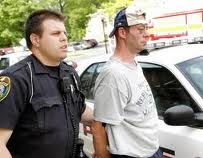 manner it is fashioned, would lead the victim reasonably to believe it to be capable of producing death or serious bodily injury. The weapon can be animate or inanimate. Examples of animate weapons might be a dog, or a vial containing microorganisms. “Armed with a deadly weapon” means that accused person possessed and had immediate access to a deadly weapon. We indicated above how New Jersey defines bodily injury. “Serious bodily injury” means bodily injury that creates a substantial risk of death, or that causes serious, permanent disfigurement, or protracted loss or impairment of the function of any bodily member or organ.

Under New Jersey law, the deadly weapon element can be satisfied even when the accused person did not actually possess a deadly weapon. An example of this would be if the defendant purposely threatened the immediate use of such a weapon and purposely engaged in conduct or gestures that simulated possession of a deadly weapon. This conduct would have to be of a nature that would lead a reasonable person to believe the accused person did possess such a weapon.

New Jersey can prove the deadly weapon element by evidence of an unequivocal or unambiguous simulation of a weapon or of a concealed weapon, or by an equivocal or ambiguous gesture coupled with threatening words that completes the victim's impression of a deadly weapon. An unequivocal or unambiguous simulation means the accused person's acts or gestures are a clear, unmistakable, and purposeful effort to simulate a weapon or a concealed weapon. In that circumstance, no further words are needed. If the gesture is unclear, then proof of threatening words is required.

As you can see, New Jersey law concerning robbery is involved. And this discussion has barely scratches the surface. In defending against a charge of robbery, your lawyer must consider huge numbers of issues that go beyond the mere definition of robbery. These issues will include the Rules of Evidence, suppression of evidence illegally seized, admissibility of confessions, discovery violations, credibility, burden of proof, standard of proof, and laws relating to sentencing. And these are just a few!

If you have been charged with robbery, or if you think that you may be charged with robbery, it is vital that you consult immediately with an experienced New Jersey criminal defense lawyer. Immediacy is crucial. The sooner your lawyer can give you needed advice, and begin relevant investigation, the better he will be able to prepare an effective defense. Time is a precious resource. For the sake of your freedom, and your future, use it wisely.