Three principal underage drinking statutes exist in New Jersey. The first is a section in the New Jersey Code of Criminal Justice. The second is a section in New Jersey statutes that deals with Intoxicating Liquors. The final statute is an enabling law. This enabling law allows municipalities to adopt ordinances containing very specific provisions related to underage drinking. You need to understand precisely which type of law is involved in any particular case. This information determines the possible consequences and, also, provides a guide on how to best deal with the charge.

The New Jersey Code of Criminal Justice is found in Title 2C of New Jersey Statutes. One of the provisions in Title 2C deals specifically with underage drinking. That provision is N.J.S. 2C:33-15. Section a of N.J.S. 2C:33-15 states, “Any person under the legal age to purchase alcoholic beverages who knowingly possesses without legal authority or who knowingly consumes any alcoholic beverage in any school, public conveyance, public place, or place of public assembly, or motor vehicle, is guilty of a disorderly persons offense, and shall be fined not less than $500.00.” Section b continues, “Whenever this offense is committed in a motor vehicle, the court shall, in addition to the sentence authorized for the offense, suspend or postpone for six months the driving privilege of the defendant.”

Title 33 of New Jersey Statutes deals with intoxicating liquors. The section of interest to us is N.J.S. 33:1-81. The caption on that section is, “Purchase of alcoholic beverages; unlawful acts by persons under legal age; purchases by another for minor; disorderly persons; suspension of driver's license; alcohol education and treatment program.”

N.J.S. 33:1-81 then goes on to declare that the offenses listed in the caption are unlawful. It also makes unlawful misstating age, or even just entering a liquor store, or bar, or other drinking establishment, in order to buy a product containing alcohol. And N.J.S. 33:1-81 makes it unlawful for a person who is of legal age to purchase alcohol products for someone else who is not. Violations of N.J.S. 33:1-81 constitute disorderly persons offenses. A minimum fine of $500.00 is specified. The fine can be as much as $1,000.00. The court can impose jail for up to six months. Driver's license suspension of six months is mandatory.

Title 40 of New Jersey statutes specifies powers of municipalities. N.J.S. 40:48-1.2 authorizes municipalities to enact an ordinance making it unlawful for any person under the legal age to possess or knowingly consume an alcoholic beverage on private property. The ordinance shall require fines of $250.00 for a first offense, and $350.00 for a subsequent offense. The ordinance shall also authorize the court to suspend or postpone for six months the driving privilege of the defendant.

So What's the Difference?

N.J.S. 2C:33-15, N.J.S. 33:1-81, and municipal ordinances enacted pursuant to N.J.S. 40:48-1.2 all relate to underage drinking. The focus of each, however, is different. N.J.S. 2C:33-15 essentially deals with possession and consumption in public, and in public places. Ordinances enacted pursuant to N.J.S. 40:48-1.2 are intended to reach possession and consumption in non-public places, like private homes. And the focus of N.J.S. 33:1-81 is upon the purchase, or attempt by underage persons to purchase, alcohol products from licensed establishments. N.J.S. 2C:33-15 requires suspension of driving privileges only if the offense occurred in a motor vehicle. N.J.S. 33:1-81 convictions always require suspension of driving privileges. And violations of the municipal ordinances enacted under N.J.S. 40:48-1.2 authorize, but do not require, suspension of driving privileges. When driving privileges are suspended under the two State statutes, the suspension must be for six months--no more and no less. License suspensions under the municipal ordinances would appear to be authorized for periods less than (but not more than) six months. 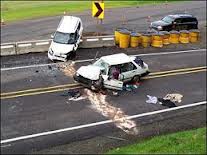 You think the information above tells you everything you need to know about your underage drinking charge? You're wrong. First, some pontificating. Underage drinking laws exist for a reason! Every year numerous young people die on account of alcohol-related accidents. Young people, many of whom are inexperienced drivers, are much less able to handle the combination of drinking and driving. This is true even when their blood alcohol level is lower than the level that makes a person legally drunk.

Think an alcohol-related accident can't happen to you? Right. So did all of those other young drivers killed and maimed in car crashes. And their passengers. Not to mention the people that they crashed into. And that does not count young people killed or sent to the hospital on account of alcohol poisoning. Oh, by the way, underage drinking also has a way of helping young men and women to unexpectedly become parents. These things happen. Even if you don't care about yourself, these are griefs and problems that you want to not impose on your parents, and on others who love you. They deserve better.

Having said all that, from a legal perspective, defenses to underage drinking charges often exist. Punishments can be mitigated. And, rightly or wrongly, many judges and prosecutors give more consideration to a legal argument from a lawyer than that same argument from someone representing himself. A lawyer knowledgeable in this area can make a huge difference in the outcome of the case. Criminal Lawyers in New Jersey™ take seriously the matters that they handle. Their combined experience defending charges such as these exceeds seventy years. They invite your inquiry.