White Collar Crime: What Is It?

White collar crime is a generic term. It refers to any of a huge range of offenses often performed with pen (or computer) and paper, as opposed to material objects such as drugs or guns. White collar crime is to be contrasted with offenses dependent upon application or threat of physical force or violence.

A person commits bribery when he offers, confers, or agrees to confer, or accept, an unauthorized benefit upon, or from another. The consideration for the benefit must involve the vote in a political context, or the exercise, or failure to exercise, a discretionary function.

Bribery includes offering or accepting benefits as consideration for the performance of official duties. When the official duties relate to a New Jersey state office, or of a political subdivision thereof, the relevant statutes are N.J.S. 2C:27-2 and N.J.S. 2C:27-3. New Jersey public officials obviously can be prosecuted for New Jersey crimes. Often the alleged fact pattern lends itself to prosecution in federal court. For example, the alleged bribery could have involved use of the United States Postal Service. Or it could have related to projects that received federal funds. The federal bribery of public officials and witnesses statute is defined at 18 U.S.C. 201. When it is a federal public official that is involved, the alleged offense will likely be prosecuted only as a federal crime even though, technically, New Jersey bribery laws would be implicated as well.

Section 506 of Title 17 of the United States Code makes it a criminal offense to infringe copyrights. New Jersey does not define copyright infringement as such to be a crime. However, New Jersey does prohibit video piracy. The relevant statute is N.J.S. 2C:21-21, the “New Jersey Anti-Piracy Act”. This Act reaches both sound and video recordings. The Act reaches both the manufacture, sale, resale, or offering for rental of unauthorized works.

New Jersey defines a wide range of computer activity to be unlawful. Many of these offenses are described at N.J.S. 2C:20-25. Included are accessing computer software, data, or a database without authorization. Authorization also is required to alter, damage, or destroy data, or to disrupt computer services,including access to the internet. Not surprisingly, Cybercrime might also include child pornagraphy, but we deal with that area of the law elsewhere.

New Jersey does not have a specific crime that it labels “embezzlement.” Embezzlement crimes under New Jersey law, therefore, would be included under the general heading of theft. This would include theft by deception, as well as theft by failure to make required disposition of property received.

Under federal law, crimes do exist that are labeled embezzlement. Similar to New Jersey, however, these crimes are defined in the same section of federal criminal code as related theft offenses. Thus Chapter 31 of Title 18 is labelled “Embezzlement and Theft.” And particular sections within that Chapter are labelled similarly. For example, Section 664 of Title 18 of the United States Code is labelled “Theft or embezzlement from employee benefit plan.” 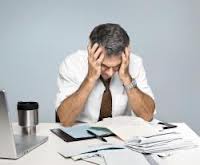 Under that section, it is unlawful to make an unauthorized writing that purports to be the writing of someone else. This applies when the writing is made with the intent to defraud or injure someone. this section also prohibits “uttering” any writing known to have been so forged.

Fraud under New Jersey law encompasses a wide range of practices. These include falsification of records, raudulent health care claims, bad checks, insurance fraud, and misrepresentation of mileage on motor vehicles. These crimes are defined, for the most part, in Chapter 21 of Title 2C.

Fraud in the federal sphere is defined in Chapter 47 of the United States Code. 18 U.S.C. U.S.C. §1001 makes it a crime to falsify any material fact within the jurisdiction of the executive, legislative, or judicial branch of the United States government. Other provisions relate to false statements on loan and credit applications, naturalization, title records, and health care. 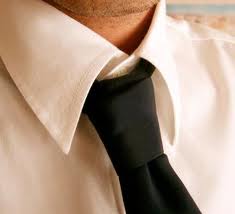 The federal prohibitions against money laundering are contained in Chapter 95 of the United States Code. That is the chapter that relates to racketeering. 18 U.S.C. U.S.C. §1956, prohibits the activities as specified under New Jersey money laundering, all in the federal context. The maximum fine is $500,000.00, or twice the value of the transaction, whichever is greater. The maximum period of imprisonment is twenty years.

Section 1348 of Title 18 of the United States Code prohibits schemes to defraud in connection with issuance of securities registered or required to be registered under the Securities and Exchange Act of 1934. Persons convicted for violating 18 U.S.C. U.S.C. §1348 face imprisonment for up to twenty-five years.

Huge numbers of crimes can be characterized as “white collar” exist. Here are some of them:

Persons charged with white collar crimes under New Jersey law are exposed to sentences ranging anywhere from probation to many years in prison. High fines can be assessed. Persons convicted under federal law will usually be sentenced to a term in federal prison, to be followed by a period of federal probation. Persons charged with, or suspected of, any kind of white collar crime should meet with an experienced New Jersey criminal defense lawyer. The lawyer will want time to adequately investigate the charges and prepare a defense. It will often be necessary to find, retain, and prepare