Communications in offensively coarse language must be considered in context. These considerations would include offensively coarse to whom? Is the test for “offensively” objective, or subjective. Does an “objective” test for offensive even exist? If subjective, subjective according to whom? Context must also consider what provoked the coarseness. The nature of the relationship between communicator and receiver is also relevant.

“Any other manner likely to cause annoyance or alarm” is a catch-all for improper communications not covered by the first three. One example of this would be repeated telephone calls by an agency attempting to obtain payment on a debt. Communications falling into this catch-all category, however, must be scrutinized. Springing to mind are certain newspaper headlines.

Catastrophic events, or unfavorable economic developments can reasonably be predicted to cause annoyance or alarm. Good faith reporting of such items, however, clearly is not harassment. Beyond First Amendment protections, such reportage lacks the ingredient that marks all instances of harassment. That ingredient is intent to annoy, torment, wear out, or exhaust another.

Conduct other than the kind specified above can constitute harassment under N.J.S. 2C:33-4 when a purpose to harass exists. However, this type of harassment generally must be repeated conduct, and must not be protected under the First Amendment. Thus expressions of opinion, even when expressed publicly and with profanity, about or to another, are typically not harassment.

Vulgarity standing alone is often not harassment. Even inclusion of lewd comments on a photo of another, so long as they do not contain language that interferes in one's privacy or that puts one in fear for one's safety or security, may fail to rise (or descend) to the level of harassment.

In addition to the acts in question, intent to harass is needed to constitute harassment. Intent to harass occurs only when a person's actions were carried out with the main reason of annoying, tormenting, wearing out, or exhausting another. Thus doing something that may or even likely will annoy another is not harassment so long as annoyance was not the chief intent. Conduct that is objectively annoying, but has a purpose separate from annoyance is not harassment. The mere fact that a person reacts in an annoyed or alarmed manner to such conduct does not establish the necessary intent.

As touched upon above, analysis of relationships between people often is a major factor in determining whether conduct constitutes harassment. Spouse to spouse, partner to partner, and parent to child relationships are sometimes less than harmonious. The complexities of these relationships can be used to a defendant's advantage with the assistance of a skilled lawyer.

So what is the takeaway on this harassment discussion? Unfortunately or, perhaps, fortunately, no straightforward answer to that question exists. We suggest “fortunately” because the very ambiguity of “harassment” often enables lawyers to spin events into a context that is not harassment.

A case that examined the context of alleged harassment was Pazienza v. Camarata, 381 N.J. Super. 173 (App. Div., 2005). In Pazienza, an ex-husband sent recurring communications, usually text messages, to his ex-wife. These communications continued over a two-month period, even after she had told him multiple times to stop, and had not responded to most of his messages. This in itself, without regard to the actual content of the text messages, suggested harassment. Moreover, his text messages suggested he was watching his ex-wife and her daughter.

These facts constituted a significant intrusion on the ex-wife's privacy, and established ex-husband's main intention of causing annoyance or emotional harm to her. In this case, the fact that the ex-husband's behavior had displayed not only a chief purpose of disturbing his ex-wife, but also a course of alarming conduct that lasted over a significant period of time, made it clear to the New Jersey courts that ex-husband's conduct was harassment.

New Jersey law defines most harassment to be a petty disorderly persons offense. However, when committed by a person who is imprisoned or on parole or probation, harassment becomes a fourth degree crime. Penalties upon conviction for these types of defenses is below.

New Jersey Penalties for harassment and for cyber-harassment

Harassment as it Relates to Domestic Violence 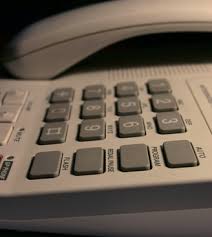 Acts that constitute harassment can violate laws other than law defined in New Jersey's Code of Criminal Justice. Domestic Violence, discussed just above, is one example of that. Another example is the federal Telephone Consumer Protection Act (TCPA). Harassing telephone calls, in order to violate the TCPA, must be made using an Automated Telephone Dialing System (ATDS). Calls of that nature are sometimes made in efforts to collect debts. Other such calls are made in efforts to sell merchandise or services.

Whether calling equipment qualifies as an ATDS poses extremely complex and technical questions. The TCPA itself, and federal regulations under that act, are very complex. Federal law entitles victims of TCPA-type harassment to recover $500.00 or, sometimes, $1,500.00 per call. Thus, calls made in efforts to collect debts can result in recoveries to consumers that exceed by far the amount of the original debt.

The Law Offices of Allan Marain

The complexities of a harassment charge, and the various ways it may be minimized or avoided entirely, require a lawyer with

experience in and knowledge of New Jersey harassment law. As shown, the penalties for harassment, and especially cyber-harassment, can be severe. Person accused of harassment needs help from a skilled legal professional. Lawyers in the Law Offices of Allan Marain can provide the defense necessary to deal with a harassment charge. They are available to skillfully guide you through your specific harassment matter.