Not surprisingly, the law of homicide (like many laws) is complicated and convoluted. This page can sensitize visitors to the different categories and subcategories. Detailed analyses beyond that, however, would require a more traditional conference with one of the Criminal Lawyers in New Jersey™.

The third type of murder in New Jersey is called “felony murder.” Felony murder occurs when one person causes the death of another during the commission, or attempted commission, of any of what are called “predicate crimes.” Those predicate crimes are robbery, sexual assault, arson, burglary, kidnapping, carjacking, criminal escape, and terrorism. The death that results may have been completely unintended. And the person that caused the death need not have been the person committing (or attempting to commit) the crime. Thus, for example, if a security guard shoots at a robber, but hits and kills, instead, a bystander, the robber can be convicted of felony murder. Same result if stress of the event causes a bystander to collapse and die of a heart attack. The robber cannot, however, be convicted of felony murder on the basis that the person who died was one of the participants in the robbery.

Persons convicted of murder in New Jersey must serve a minimum of thirty years in prison before becoming eligible for parole. Never less. The maximum term is life. Some situations will require a life sentence without parole. These situations include the victim being a law enforcement officer murdered during the performance of his duty, or the victim being under the age of fourteen and the act occurring during commission of a sexual assault or criminal sexual contact. Our legislature has also defined a complex combination of factors that will require life without possibility of parole to be served in a maximum security prison. New Jersey has abolished the death penalty.

The first situation that gives rise to manslaughter is recklessly causing death. “Reckless,” as used in the context of 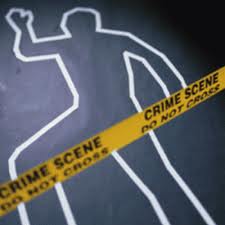 manslaughter, means consciously disregarding a substantial and unjustifiable risk that death will result from given conduct. Absent from this first form of manslaughter is the factor of “under circumstances manifesting extreme indifference to human life,” present in aggravated manslaughter.

The second way to commit non-aggravated manslaughter is to cause death under circumstances that, but for being committed in the heat of passion resulting from a reasonable provocation, would otherwise be murder. Thus it is only in the context of what would otherwise be murder that this passion or provocation defense can be considered. It cannot be used to reduce an aggravated manslaughter charge. This is the only type of manslaughter, whether it be aggravated or non-aggravated, that is voluntary.

In this second situation, four elements of the provocation and reaction are needed.


The first two elements are objective. They use the standard of how an ordinary person would have behaved in the situation. The second two elements are much more subjective. A person's actual behavior in a situation is what we consider. If a person was not actually provoked by someone else's actions, even though most people would have been, the provocation is insufficient. If an ordinary person would not have had time to cool down, but the defendant in fact did cool down, then the requirements for a voluntary manslaughter conviction are not satisfied, and the charge remains murder.

A New Jersey case that illustrates this distinction is State v. O'Carroll, 385 N.J. Super. 211 (App. Div.), certif. den. 188 N.J. 409 (2006). The O'Carroll situation began with a verbal argument between Brenden O'Carroll and his girlfriend. It escalated. The girlfriend approached O'Carroll with a knife. He then strangled her to death with a telephone cord. He contended that he was only trying to get girlfriend to drop her knife, not to kill her.

Trial proofs showed that the time between the loss of consciousness from strangulation and death from strangulation is about ten minutes. This ten minutes is the time period in which O'Carroll contended he recklessly disregarded the fatal consequences of his actions. He did not start choking her to kill her, but simply to make her drop the knife. Thus, he argued, while his actions showed a clear disregard for the substantial and unjustifiable risks of prolonged choking, they were reckless rather than intentional.

It was O'Carroll's position that he was guilty of passion/provocation voluntary manslaughter, rather than murder. The heated argument he and his girlfriend were having, as well as the fact that she approached him with a knife, demonstrated the intensity of the situation. The strangulation was simply a reasonable result of serious provocation.

The court agreed. While O'Carroll's conduct resulting in the death of his girlfriend was unjustifiably risky, he never intended to kill her. Therefore his actions were not murderous. O'Carroll's murder conviction was reversed. The State put him on trial again. At his retrial, the jury found O'Carroll guilty of aggravated manslaughter.

N.J.S. 2C:11-5 then goes on, however, to supplement the Code definition of recklessly with specific examples of behavior from which recklessness might be inferred. Those examples include falling asleep after twenty-four consecutive hours without sleep; driving while intoxicated; and operating a hand-held cell phone.

Attempted suicide is no longer a criminal offense in New Jersey. However, New Jersey law specifies that it is illegal to purposely aid another to commit suicide. The specific statute is N.J.S. 2C:11-6. If a suicide actually results, purposely aiding in its commission is a second degree crime. If the suicide is not consummated, the aiding is a fourth degree crime.

The injunction was in effect for only a few days before the Superior Court of New Jersey, Appellate Division, reversed it on August 27. The reversal of the preliminary injuction was only an initial ruling; it did not conclude the case. Ultimately, however, the Appellate Division held that Dr. Glassman's law suit had no legal basis. That ruling did resolve the issue, and the physician-assisted suicide law is now in full effect.

Assisting a patient in exercising his right to terminate life support, or to refuse medical treatment, does not constitute aiding suicide. Be aware, however, that the line separating legal action from illegal is thin. It is a line that is very easy to cross.

If B obtains illicit drugs from A, and if B dies from those illicitly obtained drugs, then A can be prosecuted on account of B's death. The crime in question is called drug-induced deaths. It is often referred to as just “drug deaths”.

Drug deaths is another form of homicide. It is considered a “strict liability” crime. Strict liability means that if B (in this example) dies on account of the illicit drugs that A provided, then A can be convicted. The fact that A never intended that the death happen is irrelevant. The fact that A had no reason to believe that the drugs would cause B's death is similarly irrelevant. Only relevant is that A provided the drugs and B died from those drugs.

This is a short overview of drug deaths. Criminal Lawyers in New Jersey™ provides much more detailed information on another page on this site.

Homicides, whether murder, any form of manslaughter, or even vehicular

homicide, are among the most serious of offenses defined in New Jersey's Code of Criminal Justice. Criminal Lawyers in New Jersey™ Allan Marain has successfully handled and tried homicide cases. He is available to discuss homicide charges against you or someone close to you.