“Theft” in New Jersey means to unlawfully take or exercise control over property belonging to someone else with purpose to deprive the other person of that property.

Under New Jersey law, a person can be convicted of theft even when the property was not actually taken from one place to another. It is sufficient if the property is moved from its original location, or even if the defendant just exercised unlawful control over it. It is thus possible to commit theft by exercising control over property when the person is unable to actually move it.

New Jersey defines “property” broadly. It can mean anything of value. This includs tangible and intangible personal property, trade secrets, contract rights, choses in action and other interests in or claims to wealth, admission or transportation tickets, captured or domestic animals, food and drink, electric, gas, steam or other power, financial instruments, information, data, and computer software. It includes things growing on, affixed to, or found in land. It includes documents, even when the rights represented thereby have no physical location.

“Theft” in New Jersey can also take other forms. For example, when a person receives propery from someone else while knowing that that property was stolen, New Jersey considers that receiver to be guilty of theft. New Jersey calls this particular kind of theft “receiving stolen property.” This form of theft is described at N.J.S. 2C:20-7. Still another kind of theft occurs when a person obtains property lawfully, but with an obligation to do a particular thing with that property. The person then fails to perform that obligation. For example, a cashier in a store receives money from a customer making a purchase. The cashier is required, of course, to put the money in the cash register. But she may, instead, put it in her pocket with the intention of depriving the store owner of that money. This is called theft by failure to make proper disposition. This form of theft is specified in N.J.S. 2C:20-9.

Another activity recognized as theft is “theft by deception.” Theft by deception occurs when a person obtains property from another by some kind of falsehood, or trickery. For example, an unscrupulous jeweler may sell a fake diamond to a customer, telling the customer that the diamond was real. The jeweler knows the diamond was fake, but the customer, obviously, does not. Theft by deception is treated in N.J.S. 2C:20-4. Still another kind of theft in New Jersey is shoplifting. We consider shoplifting in great detail elsewhere on this site.

Yet another kind of theft is “theft of services.” Theft of services covers a huge range of offenses. One example of this is tampering with a utility meter to record less than the amount actually received of whatever it is that the meter measures. Another example might be obtaining medical care, or veterinary care, with the intention of not paying for the value of those services.

Unlawful taking of some items will be a third degree offense even when the value of the items is $500.00 or less. When the item unlawfully taken is a car, for example, it will be a third degree theft regardless of the age or condition of the car. Similarly, if the item taken is a blank prescription form from a doctor's office, that will be a third degree offense. These are just two examples. There are others. Returning to the car example, if the value of the car exceeds $75,000.00, the person can be charged with second degree theft. This charge would be based upon the fact that the value exceeds $75,000.00. The fact that what was taken was a car, in that example, does not protect the person from being charged with a second degree crime.

All theft offenses in New Jersey are serious. Even when a jail sentence is unlikely, a person 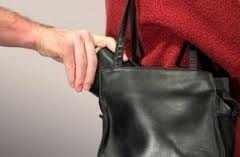 convicted of theft is branded as a person who cannot be trusted. Employment doors will slam shut. Educational doors will close. Landlords will refuse to rent. If you are not a United States citizen, a theft conviction can cause huge difficulties in obtaining citizenship. It can even cause you to be removed from the country. This is because immigration authorities consider theft offenses to be “crimes of moral turpitude.”

The person convicted of theft will suffer. So will his family. For these reasons, if you are charged with any kind of theft, including shoplifting, get a lawyer. Criminal Lawyers in New Jersey have extensive experience successfully defending persons charged with theft. Their representation may help avoid consequences of a conviction that will haunt for many years and, possibly, a lifetime.

AND NOW HERE IS YOUR QUIZ!


The basic situation: Zack is hungry. He goes to his nearby Chipotle Mexican Grill. In due course he reaches the front of the line. The server takes his order. Zack asks for steak salad. On top of his salad he asks for brown rice, black beans, corn, extra cheese, sour cream, and extra lettuce, plus hot sauce (what a man!). Zack reaches the cashier. She takes a quick glance at the salad, says, "Chicken salad," and is about to charge accordingly. Steak salad costs more than chicken salad. Zack realizes the cashier's mistake but he does not correct her. He pays the lower amount for the chicken salad, then walks to a table where he proceeds to enjoy his delicious steak salad.

Basic Questions: Has Zack committed a theft? If so, what kind? Think about this. Then compare your answer with the answer of Theft Lawyers in New Jersey.

Variation One: Basic situation, but Zack realizes the cashier's mistake only after he reaches his table and counts his change. He does not return to correct the cashier's error. Same questions. Think about this. Then compare your answer with the answer of Theft Lawyers in New Jersey.

Variation Two: Basic Situation except Zack ordered the “toppings” hoping that, on account of all of his extras, the cashier would mistake his salad for chicken (which, as mentioned in the Basic Situation, she did). If Zack is guilty of theft, how does his guilt differ from the Basic Situation? Think about this. Then compare your answer with the answer of Theft Lawyers in New Jersey.

Variation Three: Same as Variation Two except that when the cashier asks what kind of salad Zack ordered, Zack replies “chicken,” knowing it was steak. The cashier accepts Zack' declaration that it is chicken salad, and charges him accordingly. Has Zack committed a theft? What kind? Think about this. Then compare your answer with the answer of Theft Lawyers in New Jersey.

Variation Five: Same as Variation Four except that the cashier, knowing that Zack had obtained steak salad, announced “chicken salad,” in order to see whether it could get Zack to ask her out. Same questions. Think about this. Then compare your answer with the answer of Theft Lawyers in New Jersey.

Variation Six: Same as Variation Two except that, although Zack asked for steak salad, the man behind the counter gave him chicken salad. Zack was playing with his cell phone and assumed the server was giving him steak salad. Same questions. Think about this. Then compare your answer with the answer of Theft Lawyers in New Jersey.

Variation Seven: Same as Variation Two with the added factor that the difference in price between chicken salad and steak salad is minimal. Same questions. Think about this. Then compare your answer with the answer of Theft Lawyers in New Jersey.